I love the Robin Hood legend. From the perfect Disney cartoon, to the shaky-but-still-has-Taron-Edgerton version, I watch and read them all. So while I’m exhausted by twisted fairy tales – and I really didn’t like Spooner’s Beauty and the Beast update Hunted (Review: 2 stars) – I was open to this possibility.

In the first two-thirds of Sherwood, not a lot is new or particularly special. Robin is not coming home. The people of Nottingham suffer as ever beneath the thumb of the Sheriff, and his lackey, Guy of Gisborne. With no hero on the horizon, Marian takes up the cause: She finds herself accidentally in charge of the Merry Men, and they take to robbing the rich to feed the poor. She’s smart and crafty, loves her father, and knows she’s walking a thin line.

It’s all very reminiscent of the story line in BBC’s excellent “Robin Hood” TV series (three seasons, 2006-2009, and you can watch them here). The show was smart and funny, with the charm of the BBC’s wacky production values. It also featured a wonderfully feminist 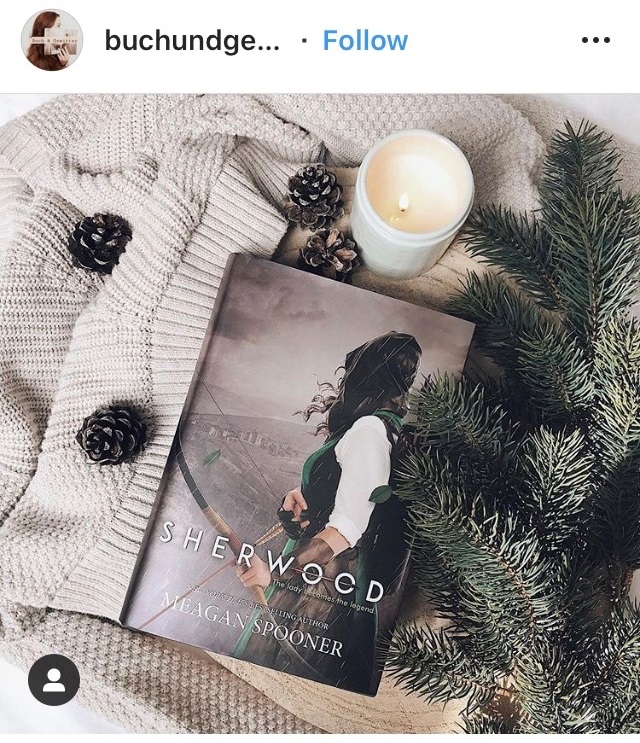 Marian, who did her own Robin Hood-esque work. More especially, is had an absolutely spec-freaking-tacular Guy of Gisborne. Good guy? Bad guy? Mr. Right or Mr. Wrong? He was all of those things, sexy AF, and more. Seriously, meet Richard Armitage.

So Sherwood has a lot of that, and for two-thirds felt like a decent, if lukewarm, retread. Until page 235, when I gasped. And slammed the book. And ripped it back open immediately to read that part again. If you loved the tension of the BBC show, Spooner’s Sherwood goes. for. it. Her characters aren’t as good, but I didn’t care! I had the BBC’s cast in my head and it was exploding.

That turn took Sherwood to a new level. And it held out for another third of the book, ratcheting up before twisting back, surprise on surprise. It’s a top-notch ending that is worth wading through an average book to reach. Even more worth doing: binge the BBC series while you’re quarantined! You’ll swoon. You’ll burn, you’ll pine, you’ll perish. Then you’ll start sewing yourself a sassy Renaissance Faire costume and speaking with a British accent. You have plenty of time.

One thought on “Review: Sherwood”