I made my rule about not having to continue with series I don’t enjoy after reading this book.

Goodreads.com: The Rose Society, by Marie Lu (The Young Elites #2) 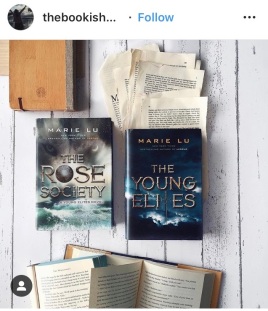 I could have guessed I wouldn’t care for The Young Elite based solely on the fact that “The Young Elite” is a terribly lame, ham-fisted name for a band of teenage superheroes. It sounds like a Ralph Lauren campaign, not a political rebellion.

Book Two charts good-girl-turned-bad Adelina’s rise to power. Her crew becomes – wait for it – The Rose Society. Uugghh, that is just as bad! This sounds like the world’s worst fantasy football league. Even her cohorts, like her sister Violetta, who can silence other Elites’ powers, have names like the Puppet Master. How 70s-Batman-and-completely-uninspired of you.

So, I don’t care about a book that can’t bother to cleverly name itself or anything in it. Adelina’s Rose Society still wants the same revolution the Young Elites, only now Adelina 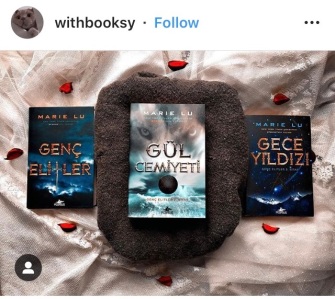 has to be in charge BECAUSE THEY WERE SO MEAN TO HER. No one ever loved her, they had the gall to name her betrayal exactly what it was, welp and waaaaah, etc. Adelina’s egomania is only possible because she is the most inherently powerful. Great – more rewarding bad behavior. A story through a villain’s eyes could be so cool, but she’s have to own her villainy. Adelina spends every other moment being so misunderstood and wimpy that her power seems like a tantrum from a kid who can’t stop crying.

(There are some Caraval parallels here. The same abusive father character who makes Tella a shallow twit makes Adelina a brat throwing a fit in the cereal aisle at Target. I prefer my wronged daughters brilliant and righteous, like Mor in ACTOAR.)

No Book Three, The Midnight Star, for me. Though that name alone is superior to anything I’ve read in this series so far.