Magical competitions? Secret identities? Life and death and pirates and cross-dressing? A Gathering of Shadows is breathless fun. 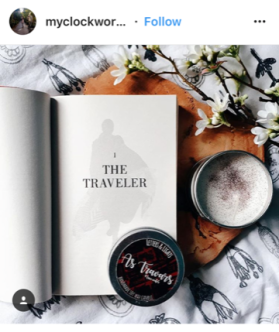 A Darker Shade of Magic left two things out of place in Red London: Kell and Lila. Once revered for his power, Kell is now feared, even hated, for the events of Book One. He’s trapped in his life. Lila, on the other hand, is free of hers. After discovering magic, battling evil, and matching Kell with wits and her own burgeoning power, she was not going back to gray. And Kell really didn’t want her to. So he let her stay in Red London – but this is no love story. Lila goes off adventuring and Kell is left, pent up and roiling, with magic, frustration, and the pesky problem he picked up at the end of Darker Shade: his life is bound to Prince Rhy’s. If one hurts or dies, the other does too. Kell must keep himself safe for Rhy’s sake, which means he cannot protect anything.

On cue, the Essen Tasch tournament comes to Red London. It pits the greatest elemental magicians against each other in competition for glory and bragging rights. As Antari, Kell’s blood magic is far more powerful, and dictates he not be allowed to compete. Not as himself, anyway. But Kell won’t be the only magician competing under a mask and false name. 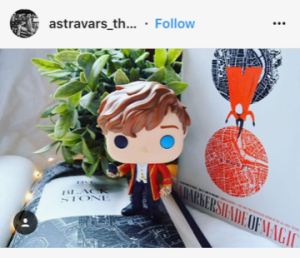 Lila Bard is like a firework on the page. She starts off this book as an actual pirate, people! SA-WOON. She has found her own magic, or she was just so damned determined that she willed it into existence. Lila is living a magical life, while Kell is practically a prisoner to it. This new dynamic fuels their fierce connection.

It’s barely a romance. Less romance is always better than too much, and the first third of this book had me practically screaming for it, but Lila and Kell are different. They’re more. YA is full of heroines equal to their male counterparts, but few so much as Lila. She’s a force of nature, and Kell is just as impressed as we are. Oh, and he’s adorable. Plus he’s deeply conflicted, bearing the weight of the world, lonely, exhausted, and other hero stuff. That he also runs about in a fabulously dapper coat with floppy hair doesn’t hurt.

Kell and Lila reunite in the BEST possible way. Neither can be allowed to win the tournament. Can they each squash their pride? Their stubbornness? Or risk going head-to-head, before the whole kingdom, and being unmasked? GAH! On top of all this, there’s actually a plot with bad magic and bad people and death breathing heavily outside the Red London walls. Holland, White London’s tortured Antari, survived the end of Darker Shade for a fate worse than death. The evil that once devoured Black London now lives in him, and it wants Red London next. Without Kell, who can stand in its way? 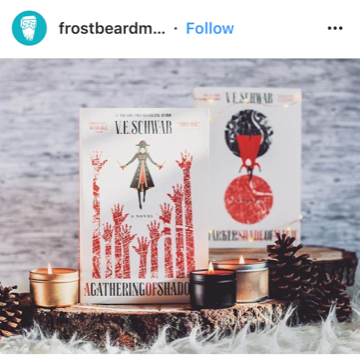 That may seem like a lot, but I’ve barely scratched the surface! There are Alucard and Okja, and the clothier who flits between Kell and Lila like the reader does, trying to hurry them into each other’s way. When they do collide, it’s glorious. And when they… well, the ending is a cliffhanger, so make sure you have Book Three right there, ready to go. It’s impossible to wait.