As entertaining as, but more derivative than, the original, The Scorch Trials is a decent second installment.

Goodreads.com: The Scorch Trials, by James Dashner (The Maze Runner #2) 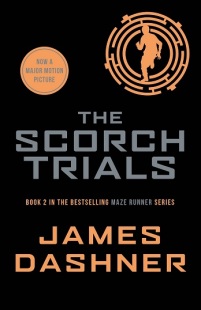 After escaping The Maze, Thomas and co. find themselves in a new world – make that two new worlds, as The Scorch Trials book and movie are vastly different.

The Scorch Trials book: The Gladers, along with the girls they’ve discovered were put through a matching experiment, survive the Maze only to end up in the clutches of WICKED once again. They’re rescued by rebels… or are they? Their refuge quickly turns into another experiment. The Gladers, plus one new boy named Aris (the Theresa of his Maze), are intentionally infected with The Flare virus, then turned out to cross The Scorch. In this vast expanse of sun-blasted land, the shredded ruins of cities are haunted by those infected, called Cranks. The Gladers must survive this crossing and reach the Safe Haven to be awarded with the cure.

Oh, zombies. (Or similar.) How droll. The Scorch is basically World War Z, or any one of a hundred worlds like it. Still, the story held my attention, as Thomas gets separated from The Gladers and – as ever – ends up with the only girl in town. He gets swoony far too easily, which is clunky. If girls aren’t reading this for the action, they’re not reading it at all! They ran for their lives across the Scorch, hoping the rest of the Gladers make it too. 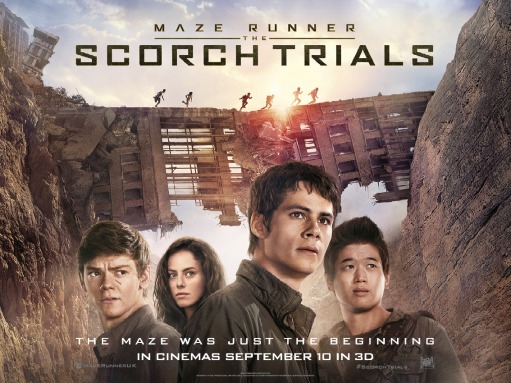 The Scorch Trials movie: Totally unlike the book, the movie is okay. Zombies are still boring, no matter what turns them. The filmmakers pulled some things forward from the third book and made up others. The end result is a a little slapped together, and the end pretty predictable, but it’s still entertaining.

But not as entertaining as Dylan O’Brien’s running. Watch him run. My husband noticed it first and now I’ll never un-notice it. Dylan is the most spastic runner, and in a series of movies specifically about running. It’s the best part. 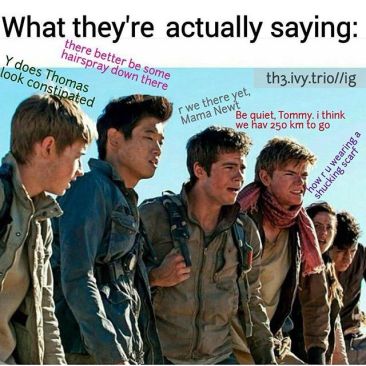 250km is about how long this movie feels.