Some writers pull a full-formed, wildly imaginative world out of thin air. In the case of Strange the Dreamer, that’s where it stays – and where it belongs.

Lazlo is a nobody from nowhere – and so begins every YA novel ever. It’s where Lazlo goes that makes Strange the Dreamer one of the standout books I’ve read this year. It’s not perfect, but it’s fearless.

Lazlo, orphaned and  raised by monks, adores stories about lost city of Weep, an almost mythical place that lost touch with the world 200 years ago. So when Weep’s legendary warriors turn up looking for help, Lazlo gets himself recruited along.

In Weep, the most fantastical thing happened: Gods arrived. Blue-skinned, magic-wielding, and unimaginably cruel, their Citadel of metal appeared in the sky one day, and rules until hero emerged and killed them all. But the Godkiller can’t move the now uninhabited Citadel, so it remains suspended in the sky over Weep, an unreachable reminder of their subjugation. Lazlo and the other foreigners arrive, only to find another problem. The Citadel is not empty. Inside live five surviving “godspawn”, mixed-race children of gods and mortals. They only know the world through one’s power: a goddess named Sarai who can walk in people’s dreams. She knows, and feeds, their fear of the Gods. Until she meets Lazlo. 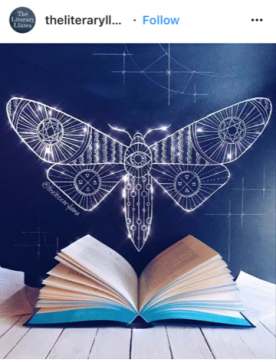 books. Laini Taylor presents each section as fully realized, detailed and breathtaking, full of the wildest creatures and circumstances imaginable. Her book is a triumph of swinging for the fences every time.

Among her home runs, the only miss is Minya. Godspawn cousin of Sarai, Minya is the evil, driving force. And while Taylor makes you understand her, she has to peel back countless layers before you feel a drop of blood spill from Minya’s hardened, almost hackneyed character. She is annoying as shit – predictable at every turn, and made my fingers itch of fast forward the audiobook. Perhaps in print she’d have been easier to ignore. While listening, she comes perilously close to sinking an otherwise gorgeous ship. You begin hoping she dies in every scene not because you want Sarai to prevail, but because you just want her to STFU.

Unpopular opinion: I don’t think Strange the Dreamer needs a sequel. It ended well, and with the kind of closure that lets you imagine the world rolls on just as vividly when you stop reading. There will, of course, be a second book. And it’ll probably make me eat these words. But it felt over at the end, and pushing it to another installment feels like the first stretch in hundreds of pages of incomparable story.