When you pick up a sequel, you expect to pick up where the first book left off. Gemina is so good it starts a new story, in a new place, and kicks just as much ass as Illuminae.

Series spoilers everywhere. If you haven’t read Illuminae, do that right now. 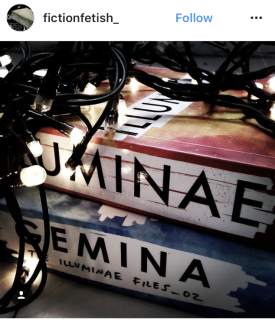 Gemina is the story of what’s happening on Heimdall Station while the Hypatia (the ship from Illuminae) is trying to get there. Hanna is the Commander’s daughter. Spoiled and flighty, she’s the celebutante of the fleet – who happens to train in martial arts and battle strategy, courtesy of her dad. Her boyfriend Jackson is the station hottie. There’s a mafia element to the station’s society, and young rogue Nik is the handsome, downmarket son of the boss.

When BeiTech, who blew up Kerenza, figures out the survivors are headed for Heimdall, they turn our forces on the station. Destroying it means no one gets past: Kerenza’s survivors can’t jump through the stations wormhole, and they’re as good as dead left millions of light years away from any authorities who’d register the crimes committed. To get away scott free, BeiTech just has to take down the station. 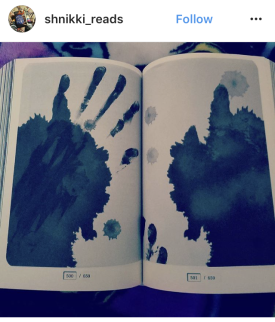 And they nearly succeed. Too bad for them that Hanna is a moving weapon, Nik is a  crafty bastard and Ella, his cousin, had her illness-devoured body physically built into her computer, so she’s a hell of a hacker. They take on the commandos in an epic battle not only to survive, but to save those who are racing toward them for rescue.

This series is blistering. It’s such convincing science that I lost track of what was fiction. All this space-race technology seems possible in the near future. And humans are still humans, wherever they go. The relationship dynamics of Hanna and her father, her boyfriend, her unlikely friends – they all read as real anything happening on Earth. Then the battle comes and it’s all light speed ahead.

Hanna and Nik are so different from Kady and Ezra in Illuminae, showcasing Kaufman and Kristoff’s unique gift for writing teenagers. They’re young, and they’re adults. Perfect protagonists for a very grown up story.

One note: Don’t read Gemina on an e-reader. Like Illuminae, it’s laid out like a compiled file of transcripts, reports, and video logs. A few toward the end are portrait-oriented, and very hard to read clearly on a screen. You need a physical book you can turn upside down in your hands.

Now I only have to wait until March 3 for Book 3, Obsidio.